Tactical pens are writing implements that can also double as a self-defense tool. It usually comes with a metal body that is blunt in one end and tapers off in another.

Some people say that the tactical pen is similar to a kubotan because of how it looks. However, it is bigger than the kubotan and actually acts as an everyday pen whereas the kubotan is more like an accessory that dangles from a keychain.

Tactical Pens Are Non-Lethal and Legal

Laws vary all over the globe but generally, tactical pens are considered non-lethal and legal weapons that can be carried anywhere.

Because it is still not yet that popular, there is no known weapon classification to put it under. Of course, we must consider the fact that it appears very nondescript—one might even think it can’t do much damage. While it may be deemed non-lethal, it can still maim an offender.

However, do not let the non-lethal appearance fool you. In trained hands, the tactical pen can severely injure a man. Repeated motions of either end that manage to connect to any soft tissue surface, with just enough force, can result in contusions. Several energetic blows to the head could actually cause you to lose consciousness and might even fracture the skull.

Do remember that this was designed as a self-defense tool, one that would enable you to injure an attacker enough so that you might free yourself and escape. 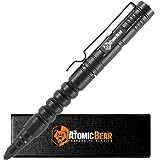 The Atomic Bear Tactical Pen - Pen With Window Breaker - Used in Police and...
View on Amazon

Are Tactical Pens Allowed On Airplanes

No matter how innocent looking they may be at first, you are not allowed to carry them into airplanes​ (you shouldn’t have any problem ​if you put it inside the ​checked-in baggage though).

The Transportation Security Authority (TSA) actually does not list it under its prohibited list. However, security personnel working the security scanners are all bound by their duty to report tactical knives if they notice it during the scan.

If you are caught trying to conceal the tactical pen during the security check, chances are it will be immediately confiscated. If you place it on the tray and some eagle-eyed security personnel spots it, and identifies it as a tactical pen, then it is likely that they will confiscate it. You might even get charged or given a citation for trying to bring it onboard. Sure, the reactions to it may vary. It may even go unnoticed. However, for your own good and to avoid trouble at the airport, it is best to leave it behind.

It really is pretty simple, actually. Just remember that as a rule of thumb, we do not recommend trying to conceal the weapon as part of your carry-on baggage. You could probably get away with it if you place it in your checked-in baggage.

If your tactical pen looks like the normal fountain pen, you might explain yourself safely, saying you’ve been given that to write and you know nothing about its other uses. If you, however, look like you are adept at using the tactical pen among other things, TSA will probably confiscate it and that’s money wasted on a pen that would have been very useful otherwise.

Tactical pens are low-key weapons which are growing in popularity. They are fast becoming an essential part of many EDC kits that are being suggested to be carried. They are effective self-defense weapons which can give you an opportunity to make a run for safety.

We do not recommend carrying it on your person when you are going to board an airplane, especially if it looks military-grade and heavy-duty. You’ll just lose it to the heightened security checks. You ​should put it inside your checked-in bags ​if you really must travel with one. However, there is still a chance it may be taken from you by an overzealous ​agent. ​ 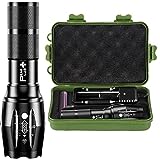 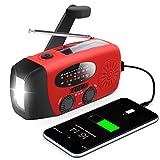